Ways To Deal With A Bad Boss While Keeping Your Job 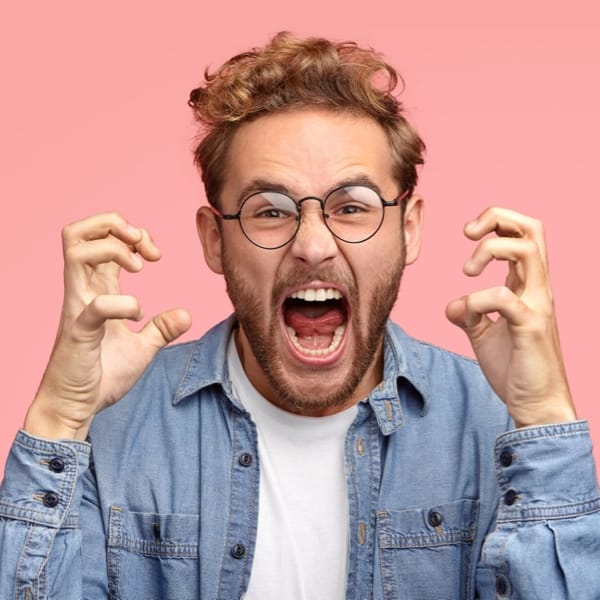 Posted at 16:01h in Uncategorized by Basil Abbas 0 Comments

Bad bosses can really suck. They make you feel worthless and are never there for you when you need them most. Well, unfortunately, bad bosses aren’t going anywhere any time soon. In fact, a new study from the University of Albany found that 60% of employees in the US have had a bad boss at some point. But don’t fear! Even though your manager may be awful at times, it doesn’t mean you should give up on them just yet. A bad boss can actually be pretty beneficial if you know how to deal with one without losing your sanity and job security in the process. Keep reading to learn more about how to manage a bad boss while keeping your job and sanity intact.

What makes a bad boss?

Bad bosses can be anyone, from your boss to your co-worker. The most common traits of a bad boss are: – Reckless or selfish behavior – This can include putting the job ahead of your own well-being. Bad bosses often don’t think about the long-term consequences of their actions. – Being unsupportive – This can mean not listening to your concerns, or not really caring what you think. – Being distant – This can mean that your boss doesn’t communicate with you as much as they should, or they don’t have time to mentor you. – Being inconsistent – This can mean that your boss doesn’t follow through on promises, or that their expectations of you are different from one day to the next. – Being abusive – This can include verbal abuse (including insults, put-downs, and sarcasm), sexual harassment, or other forms of physical or emotional abuse.

How to deal with a bad boss

– Don’t take it personally – This is perhaps the most important tip. Your boss may be unsupportive, distant, inconsiderate, or abusive, but they aren’t doing these things because they hate you — they are just human. Bad bosses are usually just doing their job, but it can feel like they are intentionally trying to make you feel bad. Sometimes bad bosses do things that feel like they are “attacking you” because that’s their job. For example, your bad boss may be trying to get you angry so you’ll retaliate (i.e. fight with them, gossip about them, etc.). The best way to handle this is to keep your cool and stay focused on your work. If you take their behavior personally, you’ll likely end up fired or worse.

Stay positive in the face of negativity

Bad bosses often have the tendency to be negative and critical, which can make you feel crappy. However, you aren’t the one at fault here. If your boss is a negative person, it’s not because they hate you. They just have a tendency to be that way. It’s important to remember that while your boss may seem like they are constantly picking fights with you, they are probably just trying to do their job properly. They are, after all, trying to make sure you do your job well, too. So, what you should do is just keep your head down, work hard, and try not to let their negativity bother you too much. If you find that their negativity is affecting your work, there are some things you can do. First, try to figure out why you are getting upset. Bad bosses often have a habit of picking fights with people who don’t have the skills to defend themselves. If you are new to the company, you probably don’t know how to respond to some of the stuff your boss does. So, try to get some context for why they are doing it.

Don’t gossip or bring up the negative

Bad bosses tend to talk a lot about others in the office, or even you, in a very negative way. While this can be really helpful in other people’s eyes, it can feel really bad when it happens to you. If your boss is a gossipy or negative person, it can be tempting to gossip or air their dirty laundry in an attempt to “get back” at them. However, this will only make you look bad in the eyes of your co-workers and is a really bad idea. Instead, try to just ignore their negative comments — they aren’t directed at you.

Show you appreciate your job — and how to do it well

Bad bosses often don’t communicate how much they appreciate the work you do. As an employee, this is frustrating because you want to know how you’re doing and how you can improve. Bad bosses often don’t praise you for your work because they don’t want to praise “their people” — they want to praise themselves. They also may not praise you because they aren’t always sure how to do it. So, how should your boss praise you? First, praise should be sincere — make sure you believe it. Second, praise should be specific — tell your co-worker what they did well. Finally, praise should be frequent — a good goal is to praise your co-worker every day.

Bad bosses may talk a lot, but they don’t have time to listen to what you have to say. This can lead to feeling unheard and frustrated. Good bosses know how to take meetings well. A great boss will only do this when they really need to, and they will do it efficiently. Otherwise, they will only take a meeting when they need to, and then only for a short period of time. Bad bosses, on the other hand, will often hold a meeting just because they want to, or because they think it will look good if they take the time to listen to you. They may use the meeting as an excuse to talk about themselves and not give you any real work.

As mentioned above, it can be tempting to get offended when your boss is negative or critical of you. However, you shouldn’t take it personally — your boss just has a bad habit of doing this. It can be helpful to keep in mind that your boss isn’t trying to offend you — they are just doing their job. Bad bosses are often trying to make you better so you can advance in your career, so you shouldn’t take their behavior personally.

Basil is the Founder and CTO at ClockIt. With over 8 years of experience in the products space, there is no challenge that is too big in front of him be it sales, marketing, coding, etc. A people person and loves working in a startup for perfection.

Sorry, the comment form is closed at this time.